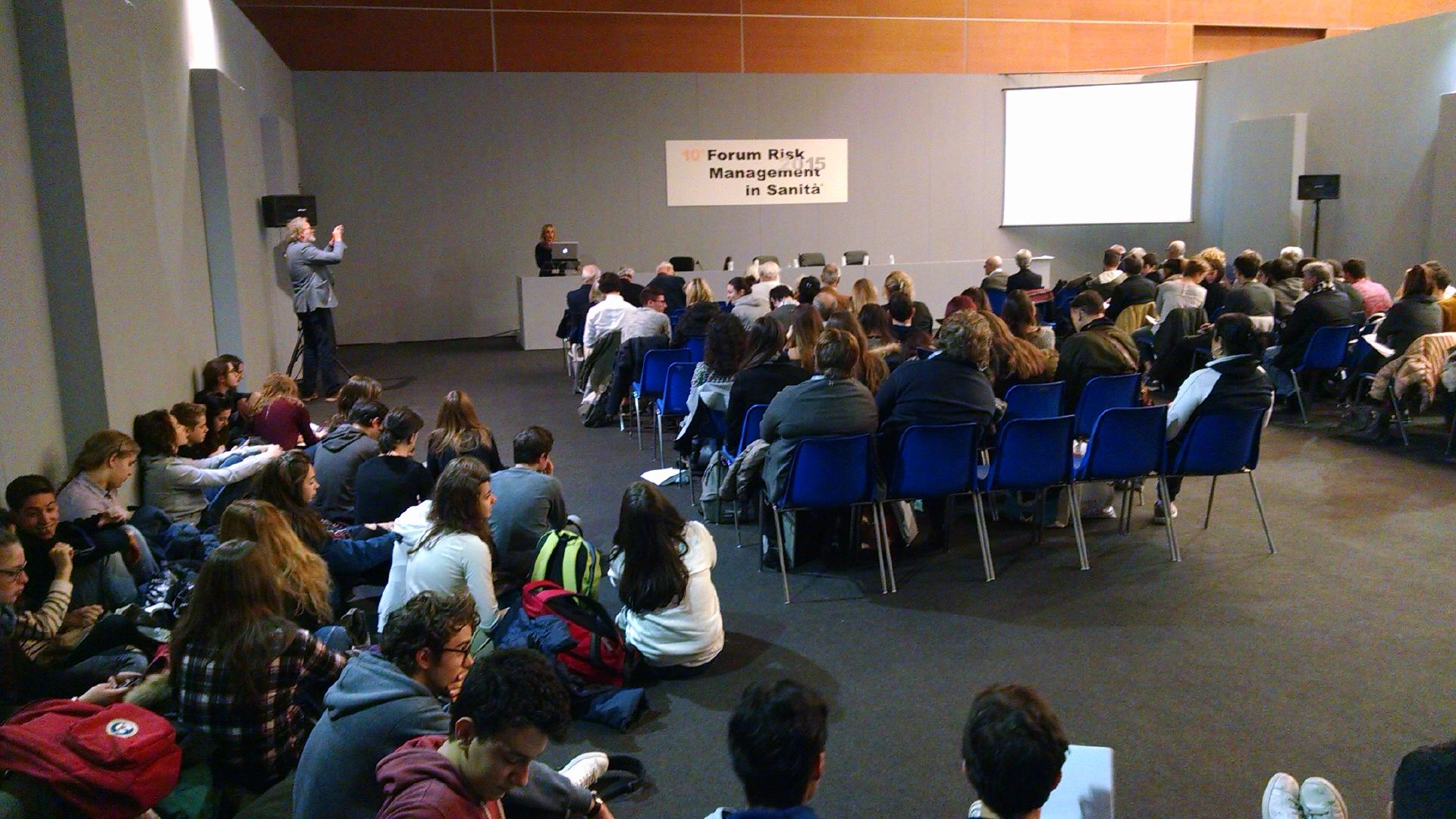 Kathleen Ruff, RightOnCanada.ca, November 12, 2015: Over 140 civil society organisations (inclusing ISDE), medical doctors and health experts from Canada and around the world have written to Canada's newly elected Prime Minister, Justin Trudeau, calling on his government to ban asbestos.
Asbestos is the biggest occupational killer of Canadian workers, yet millions of dollars' worth of asbestos-containing goods are imported into Canada each year, exposing increased numbers of Canadians to harm.
For decades, the Canadian government funded the asbestos lobby and has played a leading global role to promote the use of asbestos in countries in the global South.

Pharmaceuticals in the Environment

After 5 years of hard work, ISDE International Secretary is glad to announce you that from NOW on Environmental Persistent Pharmaceutical Pollutants (EPPP) is part of the International Agenda of Chemicals.

After an intense week of discussion and deliberations, the International Conference on Chemical Management -ICCM 4- under the Strategic Approach for the International Management of Chemicals -SAICM declare by CONSENSUS that chemicals of pharmaceutical origin present and persistent in the environment are a a new and emerging issue of concern.

ISDE presented this issue at the Open Ended Working Group of SAICM on 2011 and since then have been working to make this important issue visible and comprensible for countries and different stakeholders.

EPPP is an emerging problem and consequences on health are not yet well defined. The current scenario of pollution, by example of surface water with this kind of chemicals from pharmaceutical, is not well known either but the scientific evidence is strong and increasing fast enough to call the attention of all sectors and invite them to work together.

SAICM ICCM4 invited the different sectors to join effort to work and develop a Global Plan of Work to tackle this problem.

From now on, medical doctors and health professionals in general have a new commitment and is expected to take active part and promote actions among colleagues, Public Health authorities as well as inform patients on the best practices. 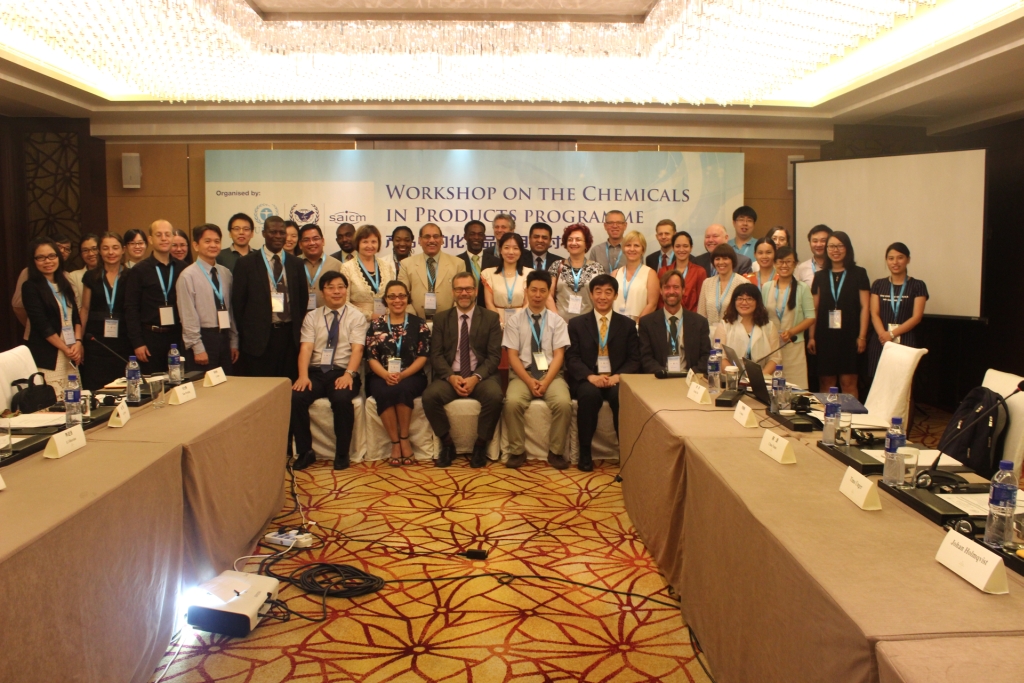 Presentations were followed by exhaustive discussion by the participants. Several interventions were made by ISDE representative, to emphasize related health issues, resulting from chemical exposure and the likely challenges for CiP program in developing countries. In the approved finalized documents, many of ISDE recommendations, including disclosure of information on CIP "Thresholds", and training of trainers (ToT) CiP workshops for capacity building, specially in the developing countries were accepted.

The two agreed final draft documents would be submitted to ICCM 4, by UNEP for approval in the forthcoming international conference on chemicals management (ICCM 4) meeting in Geneva, September, 2015.

Dr. Cathey Falvo speaks at the annual conference of parties to the Program of Action on Small Arms and Light Weapons: On the need to integrate public health into the entire process of planning programs to reduce human and environmental damage from the use of small arms and light weapons. 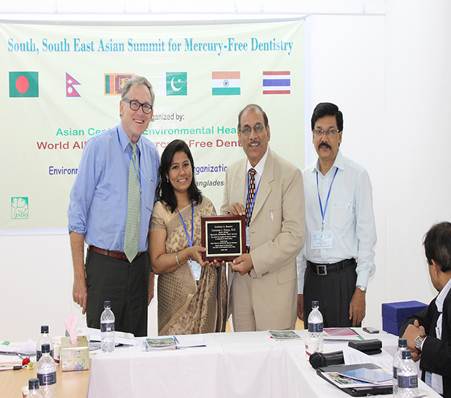 Climate change or global warming has been a controversial issue for many years. Many people have denied it exists or claimed that it is a natural phenomenon. However over the past 25 years an ongoing concerted and co-ordinated international assessment by thousands of scientists from many disciplines of all available evidence has indicated that it is happening and that it is being largely caused by human activity. Furthermore there is evidence the pace of change is increasing and that the rising temperature and associated weather and environmental effects pose a serious and immediate threat to global ecosystems upon which we all depend. This paper attempts to summarise current knowledge with an emphasis on human health effects along with some suggestions regarding urgent steps required to alleviate the situation.


Guideline for the Siting of Base-Stations

Austrian Doctors for the Environment (ISDE Austria) have published a new version of the (German) Guideline for the Siting of Base-Stations. This guideline informs communal policy makers who are responsible for the siting of base stations. It recommends a public participation process and a guideline value of 1 mW/mÂ² in dwellings. The guideline has been developed in close cooperation by an expert team from the Medical University of Vienna, the Austrian Board of Medical Doctors, the Workers Union, Industry Representatives, and the Austrian Workers' Compensation Board.

Tony McMichael was the senior figure in climate change and health for the last 25 years. His obituary just appeared in the Guardian.

The bood of our Australian member is presented at an event at the London School of Hygiene and Tropical Medicine.


Climate Change is a Health Crisis

Today (2014-09-22) at least 310,000 folks showed up in New York City to march for UN members to pay serious attention to the threat to humanity and the planet from climate change. Several hundred health professionals marched with a large representation from PSR-ISDE USA. 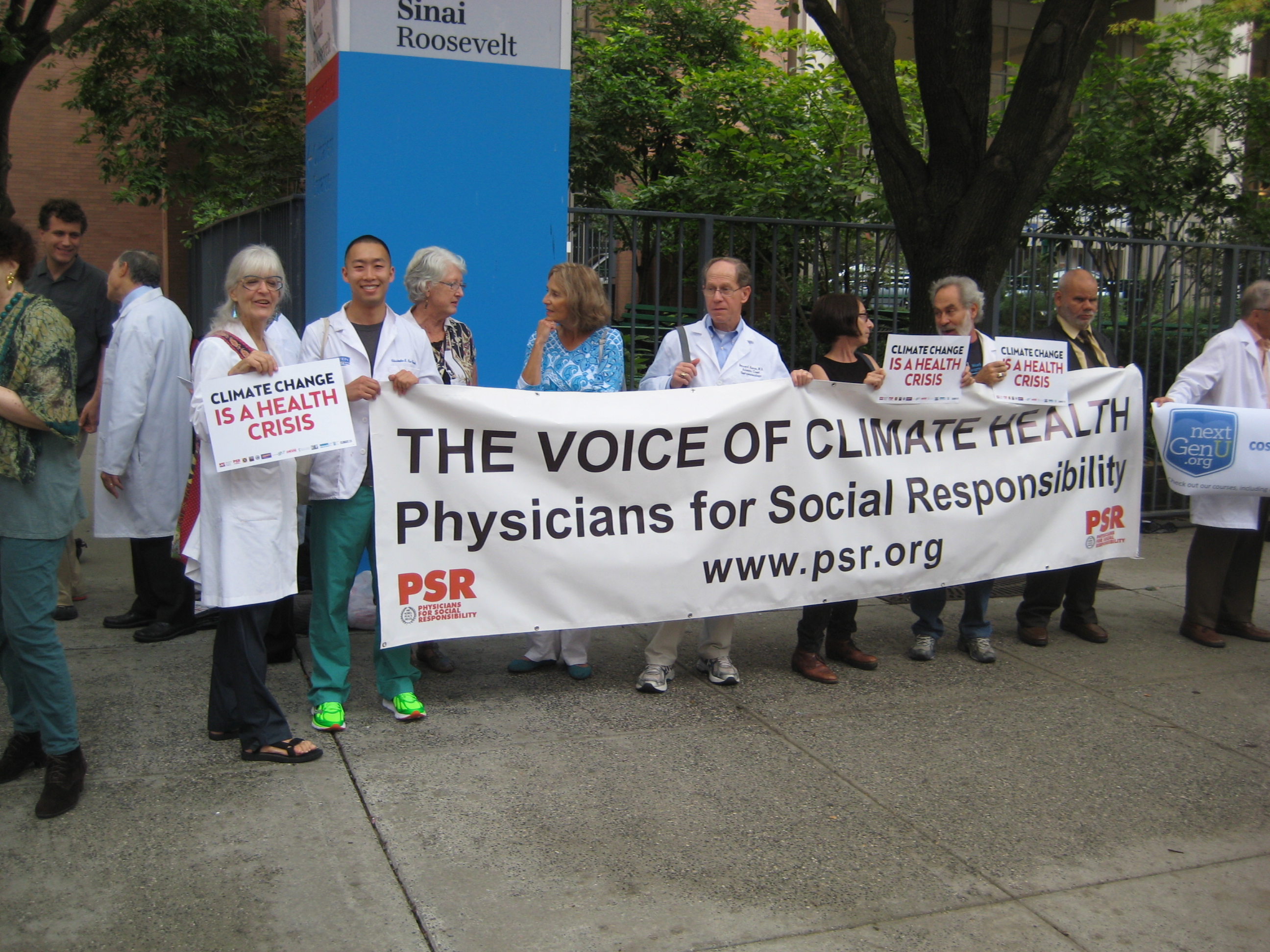 The International Network for Children's Health, Environment and Safety (INCHES) organised its 7th international conference, 20-22 November, 2013, in Jerusalem, Israel. With more than 200 participants from all over the world the conference was very successful. President of the INCHES board and past president of ISDE, Dr. Peter van den Hazel, gives his final statement at the closing ceremony.

ISDE as well as several ISDE affiliates supported a letter to the editor. One of the signers, Dr. Zigby, is from the Canadian ISDE affiliate CAPE:
We wish to make a complaint to you regarding the article, Health Risks of Chrysotile Revisited, which was published by Critical Reviews in Toxicology (Crit Rev Toxicol, 2013; 43(2): 154-183). read more... 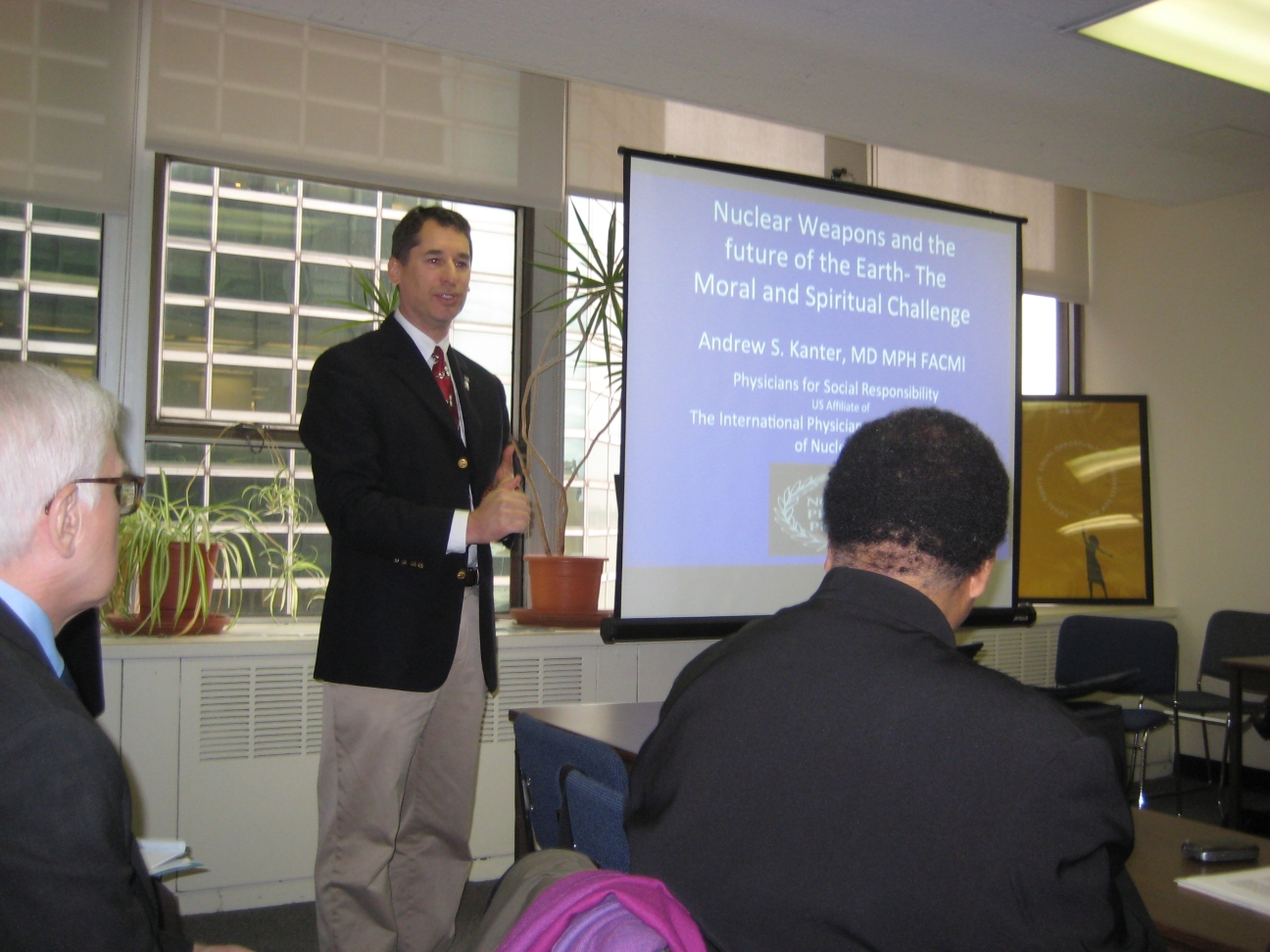